What I Learned at a Raul Esparza Master Class 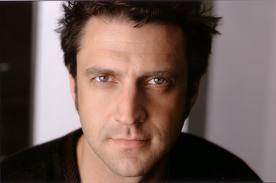 What I learned at a Raul Esparza Master Class
Why would a writer audit an actor’s workshop? Curiosity, a desire to see how performing relates to writing, and to meet Raul Esparza
Here are the things I took away that would be useful to writers:

To take a master class go to info@broadwayspace.com