When I was five, I saw him from my grandmother’s porch in Syracuse—an Indian chief coming down East Raynor Avenue. His the feathers of his full headdress going up and down with each step like a bird taking flight or as if each feather was inhaling and exhaling. The Onondaga’s lived on a reservation just south of Syracuse. I had never seen a chief in full headdress before. I had only seen Indians wearing straight-up feathers stuck in headbands as the state fair. My mother always bought beaded moccasins from them and tiny squaw dolls wearing papooses. My heart pounded. I wanted to get to know this chief and have him get to know me. I jumped down the three steps of the porch, rushed up to him, put up my hand as I saw cowboys do on TV.

Without giving me a look, he continued on, his gait quick, his black braids rising and falling like reins on a giddy yap horse.

What did I know about how to greet an Indian chief? Rockaway Beach New York, where I lived in the early 50’s, only had white people and black people who, back then, we called negroes. That’s how I saw the world—black and white. Though I was one of the few white kids in P.S. 42, my parents had never explained anything about skin color to me. Trying to understand, my first day of kindergarten, I poured my little container of milk over a boy’s head. Lots of punishment came my way, but still no explanation.

In the mid-fifties, we moved fifty blocks to Far Rockaway where I went to my first Chinese restaurant, The Palace, over a storefront. They served Pupu platters, stuck tiny paper parasols into entrees, and shaped small swans from tin foil. The Tu’s, the owners, and their staff, were the only live Chinese people I’d ever seen. My other reference was a bucktoothed cartoon Chinese man with a long pigtail on top of his bald head. I would see Tommy Tu who was about my age behind the counter or sweeping folding napkins at a table. I never saw him anywhere else but in that restaurant. I wanted to ask him where he lived, where he went to school. But I only heard him speak Chinese. What if he didn’t understand me? So I just watched him from the corner of my eyes while I ate my shrimp toast. What if I tried to talk to him and I said or did something wrong? I averted my eyes if I happened to face him,

I had never seen a Hindu person either. All I knew of turbans were the towels my sisters and I wrapped around our wet hair. If I ever ran into a Hindu man, would I be able to win him over as Shirley Temple did with Khoda Khan in Wee Willie Winkie?

I couldn’t tell the difference between Asian peoples. Who was Chinese? Japanese? Korean? If you got them mixed up, would they be mad at you? It wasn’t until the 1964 World’s Fair in Flushing Meadow Park when I ate lunch in the Japanese Pavilion served by a waitress in a kimono, that I was sure I was with a Japanese person.

I wrote this with Donald Trump’s diatribes in mind, but who even wants to say his name? Instead, I want to live in the world among the full host of humankind, be able to respect each person, socialize with everyone, make people feel safe in my presence. I want to learn every word, every gesture, of political correctness to help me treat others as they want and deserve to be treated. Political correctness, bring it on! 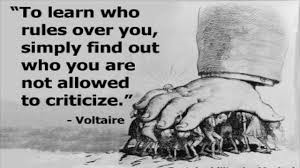