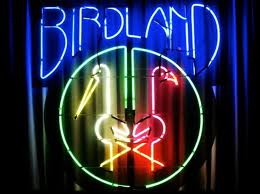 The Pop Show, created and produced by John Capo,  ought to be a Monday night once a month must on your calendar. Each month a different pop music singer is chosen, his/her songs sung by amazing performers, many currently in Broadway shows, along with the pulsing Pop Show band. You’ll be humming for days.

John Capo, who usually gives a history of the artist, which in Michael Jackson’s case, would have been checkered, focused instead on Michael’s philanthropy. Michael gave the most to charity of any celebrity and actually made a model of how others could go about it. Capo’s voice was tremulous as he spoke of the charities favored or begun by Jackson. I’ve been so worried about the Syrian refugees that I came home and contributed to http://www.rescue.org/  Ninty-two percent of the money they collect goes right to the victims instead of being depleted by heavy administrative costs.

Along with the show, Birdland has fabulous food and the atmosphere is so friendly. You can go up to any celebrity at the bar afterwards and they will be glad to speak to you or take a picture with you.

TICKETS TO THE NEXT POP SHOW ARE AVAILABLE BY CALLING 212-581-3080 or visiting www.PopShowNYC.com