Billy Joel is not of my music generation, but listening to John Capo, the creator and producer of The Pop Show which is part of the Broadway at Birdland series presented by Jim Caruso, I understood Billy Joel’s music and lyrics  like never before.

William Blake, (Male Vocalist of the Year, BWW Cabaret Awards made me cry with his emotional performance of I Love You Just The Way You Are. Christian Macchio, lead vocalist of “Captain Jack,” brought Billy Joel home to me with his B.J.-like persona, his piano and harmonica playing, and his voice! Other singers were Julia Murney, Samia Najimy Finnerty, and N’Kenge who doesn’t need a mike. American Idol Top 10 Finalist Erika Van Pelt gave a winning performance with her sultry, nuanced voice that can slide into any note.  Other per 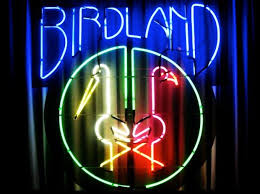 This month it was Billy Joel, but you could hear this band perform anything and clap so hard you hands hurt. And whoever had a delicious dinner at a club? Me, at Birdand. Check out the menu on their website.  Creole seafood gumbo, Jambalaya, or gorgonzola-crusted strip steak, anyone?