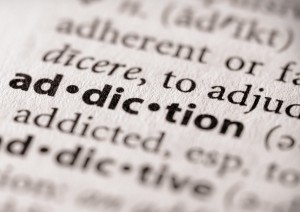 I always knew addicts hustle. “Just lend me a fiver and I’ll give it back tomorrow.” Or “I need a place to stay just for a day or so.” Or “I’m going clean tomorrow if you just ….” However, what I never knew until today was how addicts are hustled.

I was in Café Bene, my haunt, writing, because, like Hemingway (ahem) I need noise, activity around me to create. Usually everything is muted as I concentrate, but two tables away to my right were three people—a man and two women—facing down an addict, a guy in his mid-forties, say, maybe younger, but ravaged into premature aging. He was bone thin, his eyes sunken, and his words garbled.

“How long have you been drinking and taking painkillers?” the intervention guy asked loudly, setting his latest model Iphone on the table, but keeping his hand on it.

The addict mumbled how many Oxycotin he downed a day, how many beers and shots of Wild Turkey.

Wait, I thought, shouldn’t the addict have anonymity? Of course I could have changed my seat. I only had a grade-school marbleized notebook to take with me, not a laptop. (Wouldn’t you know I’m a senior citizen just from that?) But how could a writer resist all this material?

The interventionists asked the addict to step away from the table while the seasoned woman in designer glasses called the emergency room of a hospital. She knew the staffer’s name. In a hushed tone, (not too hushed for me) she went over protocol, and asked for the optimum time for this guy to come in. The plan was that this woman would meet the addict at the emergency room and use the oil of her influence to get him seen right away. She knew how many days he would need to be hospitalized before she could get him into rehab.

“Addicts are always physically sick,” she explained to the third woman who was fresh-faced, perky, like an intern or trainee. “They have to spend a few days in the hospital getting treatment for the physical problems before we can take them.”

They waved the addict back to the table and began angling for him to show up at the hospital tomorrow at 9:00 a.m.

The male interventionist leaned forward.  “Look, we can’t do this for you. You have to do it yourself.” The addict mumbled about all the pressing things he had to do, even though he wasn’t working (I also overheard this) and his family threw him out. “Well,” the interventionist went on, “this woman (he gestures to the rehab recruiter in the designer glasses) is clearing her schedule for you tomorrow. Can we trust you, can you trust yourself, not to let her down?”

Mumble, mumble, eyes sliding. So sad that this man couldn’t see that he was dying. What poor judges we are of ourselves. He finally agreed, with reservations.

I do hope he gets clean, but these interventionists were certainly not like Bill W. in the early days of A.A. where alcoholics, in order to stay sober, made it their business to go out and save other alcoholics. Here I saw only business, the interventionists practically rubbing their thumbs over their next three fingers with the thought of the moolah this guy’s treatment would bring them. Who knows if the rehab they represented is even had a good track record? I felt like getting up and asking them, an intervener descending on interventionists, but when you’re eavesdropping, you kind of loose your right to intervene.