STRAIGHT, by SCOTT ELMEGREEN and DREW FORNAROLA, begins like a sitcom. Ben, (JAKE EPSTEIN) a 26-year-old investment banker is drinking beer in his Boston apartment with Chris, (THOMAS E. SULLIVAN) a college student he met online. Ben, closeted, has such angst that it takes time and lots of belts of beer to get going sexually. Just as they are about to kiss, the phone rings. It’s Emily, (JENNA GAVIGAN) Ben’s girlfriend of five years. “I love you, too,” he tells her within earshot of Chris. And the vertexes of the triangle become clear.

Emily, a grad student in science who worries over the mice she gives leukemia to and euthanizes for the sake of her study, worries over Ben, too. She’s always checking that he’s had enough food so he doesn’t get cranky. Her put-on, chirpy voice is annoying at times and she doesn’t have the depth the other characters do, but you ultimately get to like her and see how Ben could be attached to her. They do have sex. It just isn’t as satisfying for Ben as when he has sex with men. And they have been close (as close as can be if one person is keeping a secret.) In college, Ben and Emily saw each other through family deaths and other traumas. So this isn’t just who Ben will end up with, but what life will he choose to openly live and whose heart he will break, including his own.

Ho, hum, you might think. This would have been a hot topic fifteen years ago, but what this play shows us is how damn hard it still is for someone to come out, even to himself, and even in this age of gay pride and legal marriage.

ANDY SANDBERG directed Straight with such fluidity that at one point, I gasped, thinking that when Emily walked through the door, she’d found Ben and Chris in hot embrace that even she couldn’t fluff off. The pacing worked so well that at the end of the 90 minutes with no intermission, I wanted the play to go on. It ended perfectly, although not for the characters.

Afterward, when I looked at the playbill, I was stunned to realize that Ben was Gerry Goffin in the Tony-nominated, Grammy-Award-winning, Beautiful: The Carol King Musical and Peter Parker in Spider-Man: Turn Off the Dark and Craig Manning on Degrassi, for which he received a Gemini Award. Wow! I had no idea that I’d see such a celebrated actor in small, out-of-the-way Acorn.

And Jenna Gavigan was in Gypsy, Come Back Little Sheba, and Deliver Us From Evil, and Kinsey, and more.

Thomas E. Sullivan is a recent graduate of NYU Tisch and this is his Off-Broadway debut. He was such a natural that I’m sure I’ll be seeing him again and again and applauding as loudly each time. 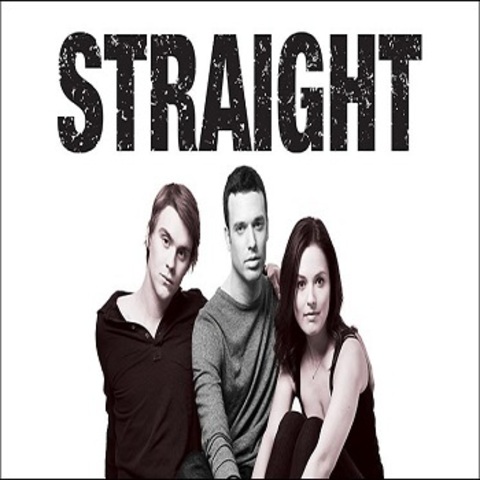