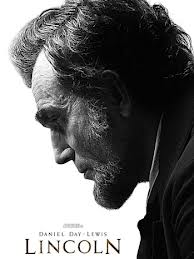 We all expect great acting from Daniel Lewis Day. He’s the kind of actor who took off a year to study cobbling and came back a stronger actor than ever. To the chagrin of Spielberg, Daniel Day Lewis took off a year to study everything he could get on Lincoln. And everything we’ve ever read or heard about Lincoln is in Daniel Day Lewis: his posture, his hands, his size, his humor.

But who knew that Sally Fields, The Flying Nun, could play such a majestic Mary Todd? She gained 25 pounds to play this role in order to be true to Mary Todd’s dress size. What a tragedian and a wit she showed herself to be!

This film is a classic!