In her debut novel, Songbirds & Stray Dogs, Meagan Lucas gives us characters so real and sympathetic that we know them intimately. Right off, the reader’s heart wrenches for Jolene, a pregnant young woman left at her bible-thumping spinster Aunt Rachel’s doorstep by her drug addict mother.

Lucas wastes no words. In the very first line, we are given a sense of Jolene’s body type and the lowdown of her relationship with her aunt as they’re driving:

“Jolene stared out the passenger window, her hands fisted next to the spread of her thighs, holding apologies in her mouth.”

What better way of show how indebted to her aunt she is made to feel?

Like any strong plot, this one is full of twists and turns, but each occurrence is character-driven instead of tacked on. It feels inevitable that Jolene, longing for love, accidentally gets pregnant by the first guy who gives her attention. The danger, the ante, is up and upped (you won’t be able to put the book down) when suddenly, the focus is a new character, Chuck Hannon. We meet him as he yanks open the door to his nephew’s elementary school in response to a call that his nephew, sixth grader, Cash, has gotten into yet another fight. We find out that Cash, like Jolene, was left by a drug-and-man-addicted mother and rescued from foster care by his mother’s brother, Uncle Chuck. Chuck, although he, like Aunt Rachel, resents his sibling for dumping her responsibilities on him, clearly is more capable of love than his counterpart. But, hold on, Chuck has what you might call “a little problem.” His life is being threatened by a killer.

All the while that you’re reading Chuck and Cash’s terrible predicament, you worry so much over Jolene that you can hardly bear it. Jolene is now homeless, penniless, and in severe danger from an influential and ruthless man after she headed for the hills. How and when is she going to come back on the scene? Answer: when Lucas has done a thorough job of presenting Chuck and Cash’s plight. Lucas never gives a character short shrift.

Hard to talk about such an engaging book without spoilers, but you wonder how the author painted such vivid pictures of some of the dangers her characters were in without having been in them herself. But that is a writer’s gift, particularly this writer. Like Daphne du Maurier, Lucas knows just when and where to cut a chapter for the most suspense and get you to a new one without the reader experiencing what I call “backstory fatigue” or “over-explaining.”

Songbirds & Stray Dogs is a church-going, porch-rocking, gun-toting, chow-chow, and cornbread Southern story. But it’s also a universal one of how you change and grow if you leave the burdens of your past and face the challenges, no matter how risky, to builds a new and unexpected world (both for the character and the reader). 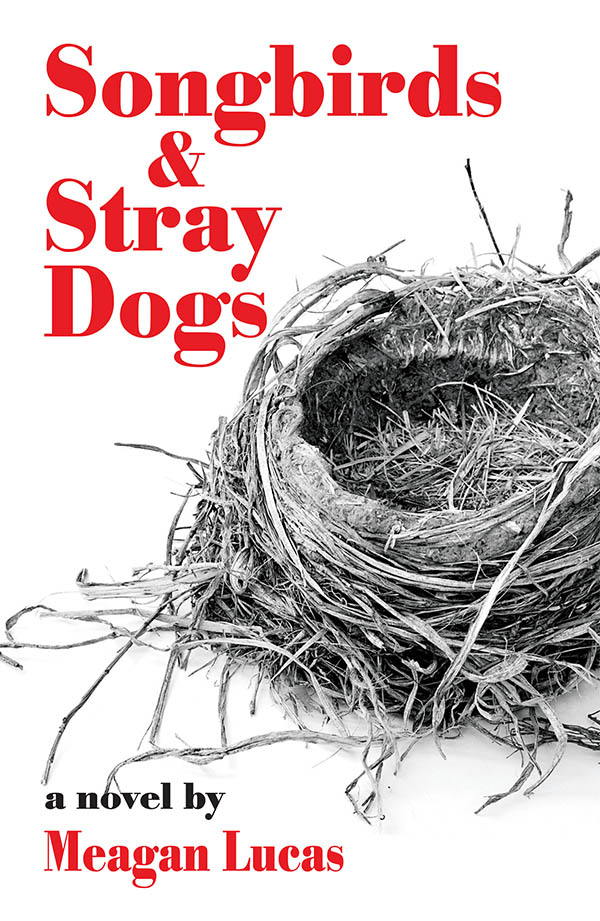