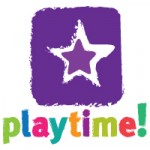 Most plays start out with a tedious set-up. The whole first act is just an introduction of the characters and their plights and you only stay for the second act because you feel like a chump after having laid out such a chunk of change for tickets. Not so with Pulitzer prize nominee, Gina Gionfriddo’s, Rapture Blister Burn. where you’re immediately catapulted into the relationship between single author, TV personality, cutting edge academic, Cathy (Amy Brenneman who played Judging Amy on TV), Don (Lee Tergesen) and  his wife, Gwen (Kellie Overbey).who were once buddies in grad school until Gwen stole Don.

The three are supposed to go out to dinner together, but the babysitter, comic and slinky Avery (Virginia Kull) shows up with a black eye she got from making a reality show with her out-of-town filmmaker boyfriend. Gwen, a helicopter mom if you ever saw one, refuses to leave her son in Avery’s care because she doesn’t want her boy to think that violence against women is okay, even though the kid, as Don points out, hasn’t even noticed the shiner.

Most endearing is when Cathy’s mother, Alice (Beth Dixon) glides out from right stage seated on a sofa, her end table and lamp beside her, her breakfront behind her. (Later, when the table and chairs glide to the center of the stage, it’s really a moveable feast. Am I the only one awed by furniture that glides all by itself and you can’t see how?)  Adorable Alice has been the only steady love in Cathy’s life, and now Alice has gone and gotten a heart attack and Cathy is left with her fame, but no man, no family. Her visit to her mother is, in large part, an opportunity to case out Don and Gwen’s relationship to see if she still has a chance with him, never mind that he and Gwen have two kids together.

With its twists and turns, this play would be a heartwarming melodrama, and a good one because it’s so revealing of character and full of wisdom, but it’s so meaty. Underlying it all is the question of post, post feminism and how it’s left everyone unsatisfied. It sort of picks up where Wendy Wasserstein left off in Heidi Chronicles. Each woman has a point of view that batters against feminism’s battering ram. Cathy had left Don for a year to go to study in London and he couldn’t hold it in his pants to wait for her, nor did he have the brilliance and drive to go with her and make something of himself. All he’d be was a fish and chips server, a pourer of English Ale. Gwen, opting for Don instead of her degree, ends up a bored, very bored Mommy, frustrated and dreaming of what she could have done, especially now that she’s gone sober. Cathy lives the feminist ideal of success, but she’s so bitterly lonely that she’s willing to try for married, porn and beer-addicted Don. During an informal seminar around Alice’s gliding table, Cathy advises Avery, a pre-med major who gave it up to do reality movies with her boyfriend, “My middle-aged observation is that, in a relationship between two equals, you can’t both go first.” Alice, who is of the school of “women must massage a man’s ego,” agrees. Gwen, who has to forego the martinis Alice provides for the seminar, is full of regrets about her choice.

I had such a great seat that I could see Amy Brenneman’s bunions, so I wasn’t looking around at the rest of the audience. But I could distinctly hear male guffaws, which to me, meant that Rapture Blister Burn isn’t just a woman’s play. It involves Don’s choices too, whose testosterone isn’t enough to take him anywhere that would even pay the bills.

In a Disney-esque game of swicheroo, Don and Cathy and Gwen get to see what would have happened if they had walked different paths, and the audience chases after them breathlessly, dying to see where they end up.

If you have kids and want to see this play, you don’t have to worry about getting a babysitter who might have a black eye. Playtime will provide artist-babysitters who will treat your children to a cultural experience while you enjoy the show.