With dear friend, NANCY RUBIN STUART today to celebrate the paperback issue of DEFIANT BRIDES: THE UNTOLD STORY OF TWO REVOLUTIONARY-ERA WOMEN AND THE RADICAL MEN THEY MARRIED. Fascinating story drawn from the letters of the Philadephia blonde belle, Peggy Shippen, who married Benedict Arnold, and the letters of the spirited and voluptuous Lucy Flucker, who defied her wealthy Tory parents, and married the poor bookbinder, Henry Knox.

“An ingenious means of bringing new life to the oldest story in our nation’s past: the American Revolution from the perspective of the young and clear-sighted wives of generals Benedict Arnold and Henry Knox. Tracing the parallel lives of two couples with conflicting loyalties, Nancy Rubin Stuart achieves a you-are-there verisimilitude in Defiant Brides that is rare and not to be missed.”
—Megan Marshall, author of The Peabody Sisters and Margaret Fuller

Nancy’s next bio (contract signed) is about Ben Franklin’s women, only spottily about his wife.

Tip your head sideways to view our photo. I have no idea how to right it. 🙂 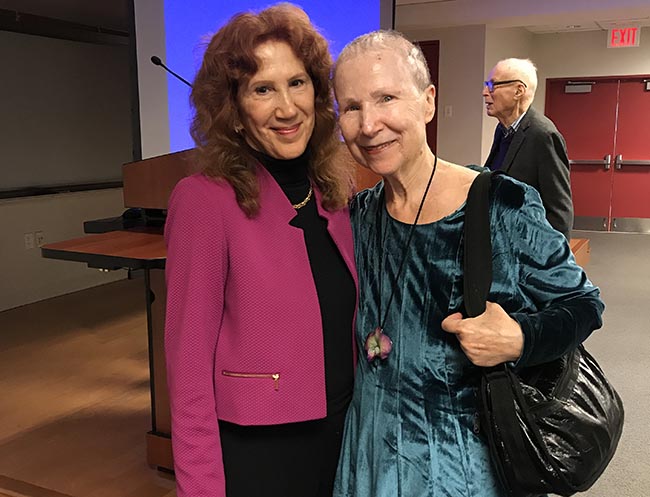