Like spirits, they haunt me from this old photo–the suffering that had been through during a pogrom, hiding in a forest, making their way to Germany, traveling in steerage to America to be reunited with a father they barely remembered, the father they hadn’t seen in ten years. The shock on my father’s face. The memories of his brothers killed in the pogrom. The responsibility he bore as the remaining son in a family of women, selling matchsticks in the town square when he was four. It’s easier to forgive your father for the hurts he dealt to his own children when you can see him as a boy. . 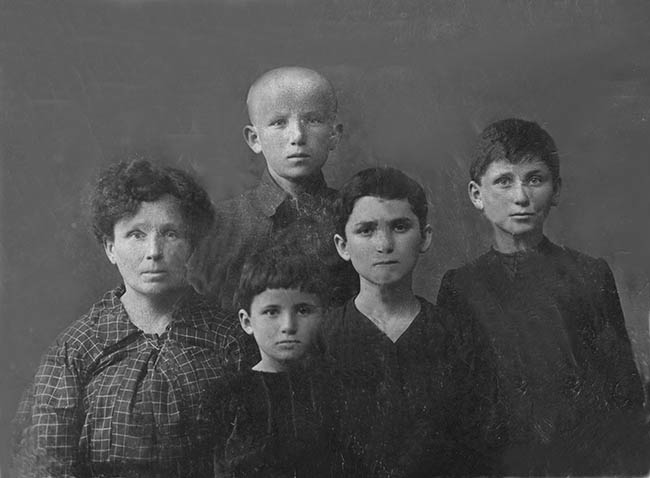