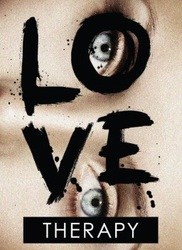 Are you ready for a play from the point of view of a young woman therapist, new in town, who believes that you have to love your clients while she can’t seem to love in her personal life? Part of transference is a client falling in love with his therapist, but what happens when the therapist allows herself to become sexually entangled with a client? Well, if you know a thing or two about the playwright, Wendy Beckett, you’ll know you’re in for intelligence, authentic emotions, and a breathless ride.

Wendy Beckett has written more than 25 plays and directed more than 40. She’s written biographies, radio plays for the Australian Broadcasting Corporation, books, librettos, articles of academic study and journalism. She founded a theatre company Colours Inc in Australia where she was the playwright and company director with a staff of 50. On ABC radio she conducted interviews with Gore Vidal, Leonard Bernstein and Paul Bowles. She’s studied literature, psychology and science, and has lectured in universities in theatre, creative writing, literature and psychology. She brings all these enthusiasms to her writing.

Don’t worry. You won’t have to hear entire therapy sessions. The actors (who are brilliant) enter with a revolving door, give the essence of their traumas as they see it, or at least as how much they are willing to give us, and walk out the same door. Director Evan Bergman has so cleverly created the feel of a whole world with an economy of means and people.

The patients played by David Bishins, Christopher Burns, and Janet Zarish are the actors everyone wants to see, but the deceitful clients no therapist would want. Margot White, the therapist, makes the perfect foil with her almost comic zeal to love these untrustworthy people.  And Janet Zarish so cleverly plays the supervising therapist who wants Colleen (the therapist) to stick closely to the rules, that I didn’t even realize she also played the part of Mary, one of the patients, until I read it in the Playbill. And Alison Fraser brews a comic earthiness as well as a good cup of coffee as Madge, who is the common sense antidote to therapy for both the therapist and her clients.

At the end, you are so riveted that you wish it would go on and on.