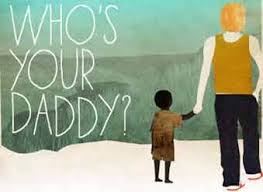 Extended through May 26th

In an intimate theater space (I was lucky enough to be in the front row) the curtain rises on O’Callaghan in a hoody, his body slumped in a Rodin The Thinker pose. Then we see him spring to life, no, larger than life, to act out his hilarious and heartbreaking true story of how he went from a broke, drunk, unlucky-at-love-guy with both his gay lover and even his dog, to his adoption of a Ugandan orphan that changed his life. His parents didn’t believe he could ever take care of a goldfish, but when O’Callaghan agreed to help shoot a documentary in Africa, he felt destiny’s magnet pulling him to overcome impossible odds to get his son.

O’Callaghan’s material is so gut-wrenching that I almost felt guilty laughing, but who could help it? Watch his imitation of, for example, the 80 something year old owner of the school he worked out trying to seduce him, his horror when she fell naked into his arms, and you’ll laugh, too. Or his phone conversations with his drunken mother whose chain smoking involves long sighs along with her exhales. His imitations of the characters he meets along the way are so convincing that you that you can hardly believe that you’re watching a one-man show.

O’Callaghan is such a gifted actor that when he drinks an invisible cup of tea, you feel the weight of the cup in his hand, the warm liquid going down his throat. It must be the greatest pleasure for an actor this brilliant to be able to write and act out his own material. For the 75 minutes of the show, no intermission, O’Callaghan will lift you from your own life and bring along on his inspiring odyssey of love.