JOHN F. KENNEDY’S ASSASSINATION: THE END OF CAMELOT AND MY SWEET SIXTEEN 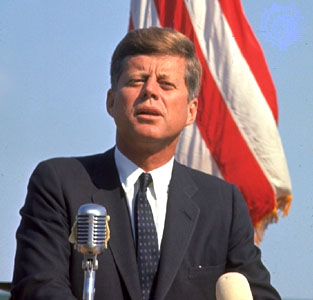 My parents bought a cake that said “Happy Birthday Topsy” and sang Happy Birthday to our family dog. A few months later, on my fifteenth birthday, there was nothing. I was the third daughter and by that time, both my parents were working six days a week in my father’s grocery store. When it came to my Sweet 16, my mother, probably feeling guilty, booked a restaurant for the event, The Spice of Life, in the five towns, a big status-step up from Far Rockaway where we lived. My big sisters had had their Sweet 16’s in our finished basement, so that was another step. Actually, I knew it was because my mother was too busy and exhausted to throw the party herself, but I was gifted at inventing my own reasons.

On Friday, November 23rd, the announcement came over the Far Rockaway High loud speaker that President Kennedy had been shot. By the time school was out, we knew he was dead. Our beloved president who asked us not what our country could do for us, but what we could do for our country, was dead.

The next day, my Sweet 16 luncheon was still held. To keep the guest list low, only girls were invited. Grim-faced, we sat there with bows stuck into our beehive hairdos. We didn’t speak of what happened. We just felt it. We couldn’t eat. Even in the height of my adolescent narcissism, I only thought of the drive in Dallas that had begun with beaming smiles and waves, the shots, Jackie in her pink suit and pillbox hat, blood-spattered. I was glad my girlfriends were with me. It was like a minyan, a quorum of ten (usually men) needed for religious services in a temple, but here we were in The Spice of Life, mourning the president we all loved.