The best memoir I’ve read this year is HILLBILLY ELEGY. Vance grew up poor and traumatized in the rust belt. His father left when he was young and his addict mother subjected him and his sister to a series of live-in boyfriends, a few husbands, and terror. Yet, through the support of a few and what felt to me like divine intervention, Vance ended up in the Marines, then at a college, then Yale Law School.

What makes this book great is that it swings a wide arc. It’s not just about what happened to him, but the failure of social programs and his views on how things need to change. You’ll better understand the folks of the rust belt who have had to live jobless and abandoned by government programs (except welfare.)

On top of that, you’ll meet great characters. I will never forget Vance’s grandparents–Mawmaw and Pawpaw. 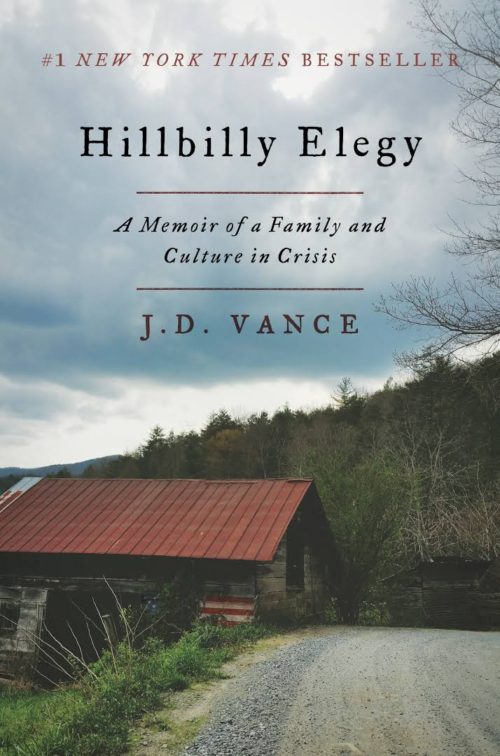