I (aka Bubbie) write stories for my grandson, Ari. 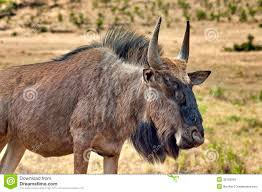 It was the night before Rosh Hashanah.  The candles were lit. Mommy had baked a challah that smelled like a yeasty heaven. Everyone was eager to take a piece and dip it into honey and eat it for a lucky new year. Baby Isaac reached for it, his fingers twitching to tear a big, big piece and cram it into his little, little mouth.

Just then, there was a thump at the door. Everyone thought it was Bubbie and Zadie, but instead, a big gnu stood there. Ari thought it was someone in a costume. “Hey, it’s not Halloween yet,” Ari told him.

The gnu nodded his big head as if he thought it was, but instead of saying “Trick or Treat,” he made loud grunts. GRUNT, GRUNT, GRUNT.

Bubbie and Zaide arrived. Ari stepped aside to let them come in around the big gnu, but the gnu stepped inside Ari’s apartment first.

Grandpa Larry, blinking at the gnu, confused, said to the gnu, “So, nu?”

Bubbie and Zaide walked in and said, “Happy New Year” to everyone, including the gnu, because they weren’t sure whether or not he had been invited and they were always polite to guests.

The gnu grunted and Isaac, still so new to speech, thought the gnu was really talking and grunted back.

Grandma Pat, who always knew all the facts, said, “They don’t allow animals this size in an apartment.”

But the gnu grunted at her as if to say, “I’m not going anywhere, Lady.”

Daddy, Ari, and Zeidi tried to push the gnu out the door, but the gnu wouldn’t budge. Worse, the gnu went right up to the table and put his big gnu snout on the challah and sniffed a loud sniff. Then he opened his mouth and ate it all up.

“Wah, wah,” cried Baby Isaac who was still reaching for the challah which was now only crumbs and gnu spit.

After eating the whole challah without a breath, the gnu made a big smelly fart.

Zeidi and Bubbie held their noses and waved the smelly air away from them.

Mommy and Daddy cried out, “Where there’s gnu gas, there will soon be gnu poop.”

Bubbie ran to get one of Baby Isaac’s diapers and tried to put it on the gnu, but the little diaper wouldn’t cover the gnu’s giant butt.

Ari got an idea. “Pick up your dishes,” he told everyone, and they did. Then he pulled the big white tablecloth off the table and said, “This will do for a gnu’s doo doo.”

Everyone got up and helped Ari pin the tablecloth on the donkey, no I mean on the gnu.

Now no one felt hungry. Who could blame them? So instead of trying to eat, they went straight to the United Synagogue of Hoboken, and that silly smelly gnu in his tablecloth diaper followed after them. Even though the gnu didn’t have a ticket, the ticket checkers were so surprised to see him that they let him come in.

Although the gnu wasn’t Jewish, Rabbi Sheinberg said, “Look who has come to wish us a happy new year. A gnu.” Rabbi Sheinberg thought of a great way to include the gnu into the service. He discovered that this gnu had horns that could unscrew. He asked the gnu if he could borrow one. The gnu bent his head as if receiving the rabbi’s blessing and allowed him to unscrew one of his horns. Instead of a ram’s horn, Rabbi Scheinberg lifted the gnu’s horn to his mouth and blew the most resounding “tekiahs” that ever a rabbi blew.

“Happy New Year” everyone cried, and the whole congregation cheered for Ari and his family for bringing the gnu that new year.