Ghosts of You: The Murdered Ladies Series 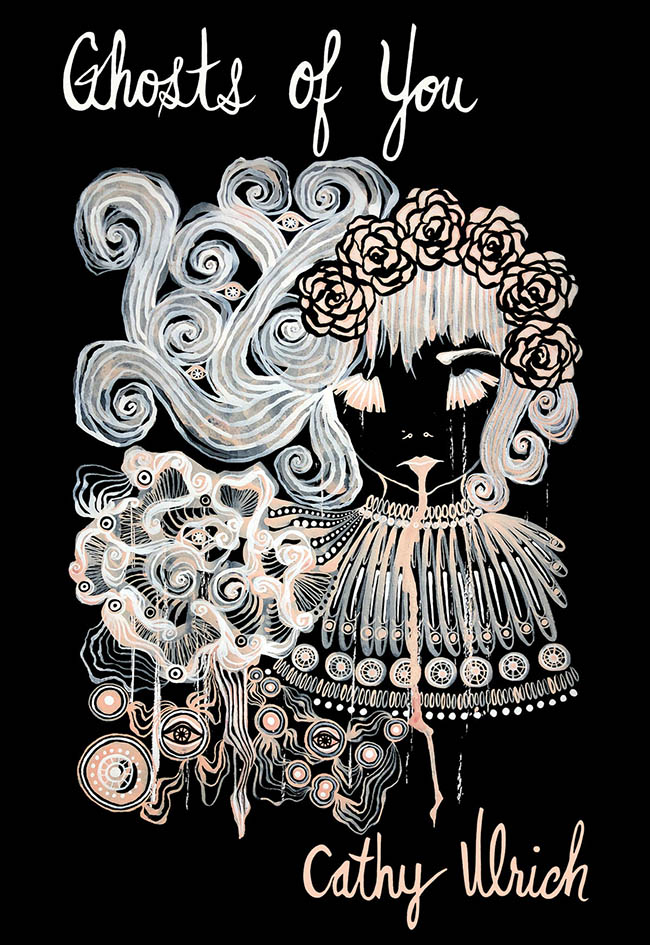 GHOSTS OF YOU: The Murdered Ladies Series

The layered, quirky, ghoulish, and funny cover of Ghosts of You by Sarah E. Shields is perfect for this collection of forty flash fictions by Cathy Ulrich. Ulrich has achieved a take-off on noir fiction and its tropes. She also has managed to create a sociological commentary on what happens when women are murdered, which is all too often.

Not only does the murdered lady have to face horror before her death, but through the “you” voice, each story being a direct address to her, the dead woman (or girl) has to continue to find out about her boyfriend or husband’s new lovers and new marriages. She has to find out how her children begin to think of “mother” as two-dimensional because they only see her in photos.  In Being the Murdered Clerk, Cathy informs the dead woman, “You’ll be found. Your killer never will.”

Don’t be turned away by the grim subject. These stories, written in the deadpan of Raymond Chandler, Dashiell Hammett, and James Elroy, are often LOL-worthy. When I read the opening line of The Murdered Wife, “The thing about the murdered wife is you set the plot in motion,” I thought, wow, she’s writing about the act of writing as well as weaving a story. And maybe plot refers not just to story structure, but also to “burial plot.” Then I read the first line of Being the Murdered Lover—“The thing about being the murdered lover is you set the plot in motion.” And so it goes with Being the Murdered Coed and all the other stories in the collection. Read on, and it’s like knowing that the vaudevillian is going to slip on a banana peel. Chuckling, you begin to recite the line before you turn the page.

Rochelle Jewel Shapiro’s reviews have appeared in American Poetry Review, Empty Mirror, ACM, and more. Her short stories and poetry have appeared in such publications as The MacGuffin, Moment, Permafrost, Harpur Palette. Her essays have been published in The New York Times (Lives), Newsweek, and many anthologies. Currently, she teaches writing at UCLA Extension. http://rochellejshapiro.com @rjshapiro