FLIGHT: AN AERIAL VIEW OF ADDICTION 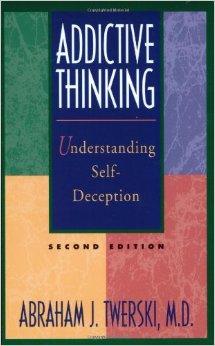 I’ve seen her so many times, the obese woman with an aura of nicotine who stages into my allergist’s office, gasping, her pudgy hand at her throat. “I have to see the doctor right away,” she rasps. I can’t breathe.”

She wants to breathe, she wants to live, but she won’t or can’t stop smoking and overeating. I always feel magnanimous toward her until the allergist lets her in before me, even though I’ve been waiting a half hour.

I thought about her today when I left Flight, the movie where Denzel Washington plays a gifted pilot who miraculously brings a rattletrap plane through vicious weather conditions and lands it safely in a field even though the plane is falling apart, but is enraged when it comes out that he was drunk on vodka and high on cocaine when he managed to pull this off. He thinks it’s his choice to drink, no matter that it’s ruined his marriage, his relationship with his son, and leaves its grime on everyone he gets close to, such as the lyrically melancholic Kelly Reilly who wants him to sober up, think about his future, their future.

Abraham Twersky, M.D. in his book, Addictive Thinking: Understanding self-deception (a Hazeldon Book), says (p. 21) that addicts do think of the future, but in moments, not years. The addict” thinks the consequences of his addiction is a glow, a detachment from the world, and perhaps sleep. This will happen within a few minutes of the addicts using, and these few minutes make up the addict’s future. Cirrhosis of the liver, brain damage, loss of family and job do not happen within minutes, so they do not exist in the addict’s thoughts.”

So when the obese woman marinated in cigarette smoke usurps my next allergist’s appointment, I have to remember that she isn’t thinking past her next Marlboro, past the sprinkles and chocolate icing on her next donut. This is not personal. Not. But if you’re involved in any way with an addict, even peripherally, watch out!