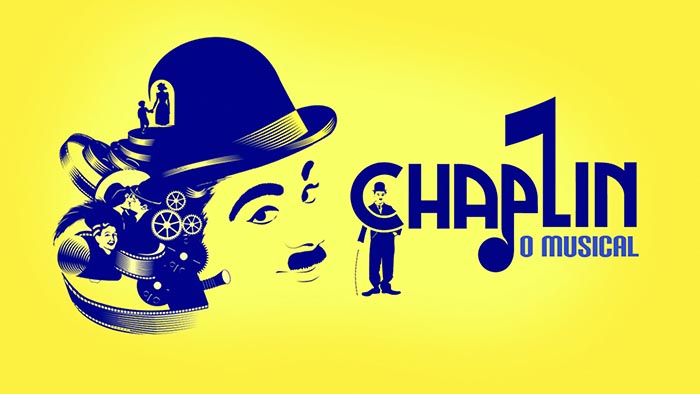 My mother loved gossip in general and celebrity gossip in particular, so Charlie Chaplin kept her mind pretty busy with his four marriages and scores of affairs and accusations of paternity by teenagers. When he married his fourth wife, Oona O’Neill, he was fifty-four, she seventeen, and they preceded to have eight children, my mother claimed that Chaplin used monkey glands. Did she mean a kind of Viagra concocted from primates or did she think that some poor gorilla was forced to donate his endocrine system to Chaplin? My mother’s science was colorful, but not accurate.

When I saw Chaplin the Musical at the Ethel Barrymore Theater, Rob McClure was so perfectly Chaplin that if I had been lucky enough to be able to, I might have been tempted to ask him. McClure is as brilliant a Chaplin as Chaplin himself: every body movement, every facial gesture.

And oh, maybe some critics feel it too sentimental, too schmaltzy, but I wept when nine-year-old Zachary Unger did as he played the young Chaplin being wrenched from his mother, Hannah (Christine Noll). In the lady’s room during intermission, everyone was still choked up from his performance and we all know, ladies, that the ladies room is where you get the best reviews.

Jenn Colella’s performance of the formidable Hedda Hopper, who lowered the curtain on Chaplin’s career, hit the right note just as the songs that she belted out did. We are reminded how much power Hopper yielded when we see that she had a direct line to the Department of Justice.

The set was mostly black and white like Chaplin’s movies and we’re treated to footage from some of his classics. My favorite was Hitler delivering his speech in The Great Dictator while McClure, standing before the screen mimics him with hysterical gestures and a parody of German.

Okay, okay, there are flaws. Three-time Tony Award winner Thomas Meehan overstuffed the play with scenes that hurried us through all Chaplin’s eighty-eight years. What he chose to focus on was the effect of Charlie’s abandonment by his mother, but although we see Chaplin’s mother becoming mentally ill, it’s never mentioned that she contracted syphilis working as a prostitute. And there was no mention of McCarthyism that was part of the reason for Chaplin living out the rest of his life in Switzerland. Yet there were unnecessary scenes such as the Charlie Chaplin look-alike contest and the one of him already in Switzerland, tormented because no one came to see his show. And I didn’t walk away with one song that stayed with me long enough to hum on the LIRR back home.

Despite some of the shortcomings of the play, the audience, including and especially me, was on its feet, cheering because no applause felt loud enough for the gift of being in Charlie’s presence again through McClure’s performance. Bravo!!!

If you happen to be in New York City, you can get tickets as low at $49 to see it.

Offer valid on select Orchestra and Mezzanine seats and subject to availability and prior sale. Not valid on prior purchases and cannot be combined with any other offer. All sales final; no refunds or exchanges. Telephone and internet orders are subject to standard service fees. All prices include a $2 facilities fee. Other blackout dates may apply. Offer valid for performances starting 9/20/12 and expires 2/13/13 but may be revoked at any time.