I found an orrery at the Brooklyn Museum 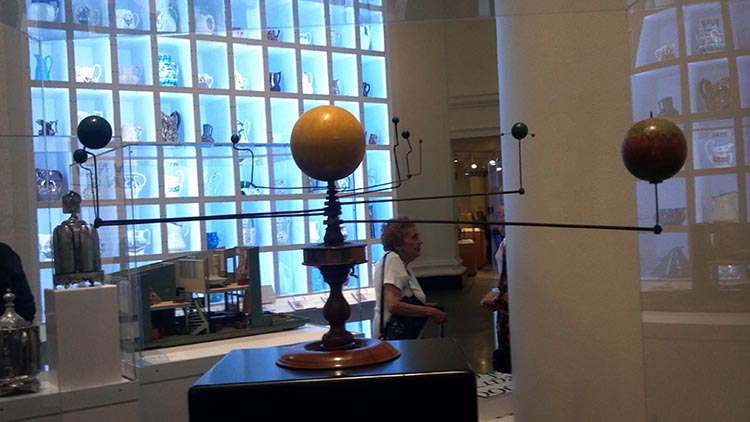 This is the ending of a short, short piece of fiction, The Cough, by Hume, that I use in my first lesso for my UCLA Exension class. The father, as you see in the test, manipulates a model of the planets going around the sun called an orrery. I found this orrery in a glass case at the Brooklyn Museum. I was so delighted that I’m sure I’ve become a nerd.

One summer he told us we were on a planet going nowhere fast. He made a model he called an orrery, and showed us how the heavens worked. The center was bright and hung there like one of my mother’s peony blossoms. “That’s there what pushes it,” he said. “And that’s what made the coal.”

We looked at him and nodded, but we had our own ideas about what made it go. We could hear it behind the least little thing.