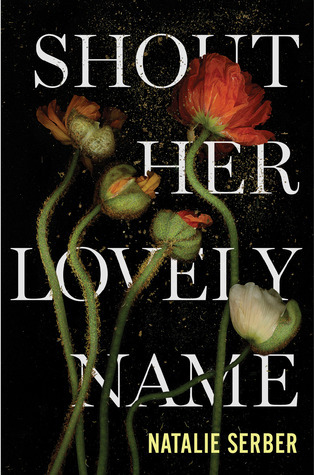 I don’t usually read short story collections (I prefer novels) but the sublime title, Shout Her Lovely Name, .made me pick it up. The themes are jarring such as in the title story about a girl whose anorexia and bulimia terrorizes her parents, but the writing is so quirky (recipes are included) that you find yourself entertained and enlightened rather than dragged down. This is So Not Me is about a ditzy college student married to a much older professor who sneaks smokes while taking care of her newborn, but turns heroic, Madonna-like, on an airplane trip that features a nutty guy bordering on dangerous, a priest, and a baby being flown to adoptive parents. Developmental Blah Blah, (do I ever love her titles!) Cassie, a woman in therapy, deals with her and her husband’s aging and her challenging teenagers. The stories are heartbreaking and hilarious and you always learn something. While making love to her husband, Cassie lifts her husband’s t-shirt, then her own, and presses their bare skin together because she read that newborns should have at least four hours of skin-to-skin contact each day and panics that perhaps she didn’t provide this for her babies. In the story about the teen with eating disorders, Serber includes clinical definitions of the diseases.

My favorites are the suite about Ruby, an erratic, ambitious single mother whose boyfriend left when her baby was born, and Nora, her responsible, shy daughter who never knew her father. I’m a sucker for coming-of-age stories and these are a two-fer: the coming-of-age of both mother and daughter in California in the 1970’s. For those of us who lived through that decade, there’s plenty of fun reminders such as Short and Sassy shampoo.

The author really understands the pain of growing up. Ruby, like her name, is her dad’s jewel. “Ruby, Ruby, the college gal.” She rereads a poem he once wrote and published that is kept tacked to the fridge. Ruby, majoring in English, is trying to fulfill his dreams, the best of him. But he brings his whole self along, unfiltered, including his cigarettes. When he picks her up at the station from college break, instead of taking her home to her waiting mother, he takes her to a bar, plies her with liquor. You can see Ruby’s desperation to both be a part of her father’s world and differentiate herself from it. The father makes a pip of a disclosure to Ruby. (Why can’t parents save their terrible secrets for the priest instead of spilling them to their children?) And then Ruby has to go home to face her mother as if she knows nothing of the dark underbelly of her family life.

Is it any surprise that Ruby ends up pregnant by Marco, a guy who abandons her after the baby is born? Ruby’s parents are useless. She’s had so little true kindness that when a friend tries to be tender, she makes him shut up, afraid that she’ll completely collapse. This story, Alone as She Felt All Day, could easily be Alone as She Felt All Her Life. In her desperation to connect, Ruby continues to make choices that bring her even more loneliness.

Serber knows how and when to unspool info at the most piercing times. After giving birth, when Nora isn’t sure whether or not she’ll keep the baby, she thinks, “She wasn’t ready to let her mother know she delivered. Buried beneath the weight of Ruby’s dead sister, Sally (her mother) had opinions about babies and responsibilities.”

Although Ruby means to be a good mother, believes she loves Nora, her own life, like her parents’ lives, is so haywire that the milk of love curdles. In one story, Nora wants a white fluffy cat for Easter, but Ruby brings home a starving schoolyard stray. All the cat needs, Ruby says, is a full bowl and consistent love. Ironically, when Nora asks what consistent love is, Ruby, who is always off looking for a husband, takes a long swallow from her wine spritzer and says, “Someone to be there every time he meows at the back door.” What happens is haunting. The stray is a metaphor for all the deprivation and all its devastating effects in Nora and Ruby’s life.

Just when you’re as fed up with Ruby as one of her neighbors who yell-whispers about her “erratic home life” and “multiple partners,” we see Ruby’s heroism toward one of the girls in her high school English class in Take Your Daughter to Work. Serber keeps the reader on the cusp of condemning Ruby and applauding her and worried about the fate of Nora who, like Ruby, is desperate for attention and care.

The stories are so real that you can’t help wanting to ask Serber whether these things actually happened to her or to someone close to her. Shout her Lovely Name not only is beautifully written, but it also sizzles with the electric shocks of family life, no matter whose family and what their circumstances.